1. Have a glass of water

Three-quarters of our brain volume is water, so it’s no wonder studies have linked our cognitive function to our level of hydration. But it’s also been shown that our overall mood can be improved by drinking adequate amounts of water. How much is enough? Take the simple pee test: Your urine should look pale, not dark yellow.

When you order a coffee or mail a package, try treating the server or postal worker as though they’re an acquaintance instead of a stranger. Research at the University of British Columbia found that when you make eye contact, smile and exchange a few words, you come away from the experience feeling more uplifted.

Spinach and other leafy greens are high in folate, which enhances serotonin, the feel-good brain chemical. Omega-3 oils like those found in salmon also appear to help us feel happier, possibly because they can alleviate mild depression. And dark chocolate has been shown in several studies to enhance mood. According to researchers at Loma Linda University in California, the more cocoa content the better, but you should aim for at least 70 per cent. 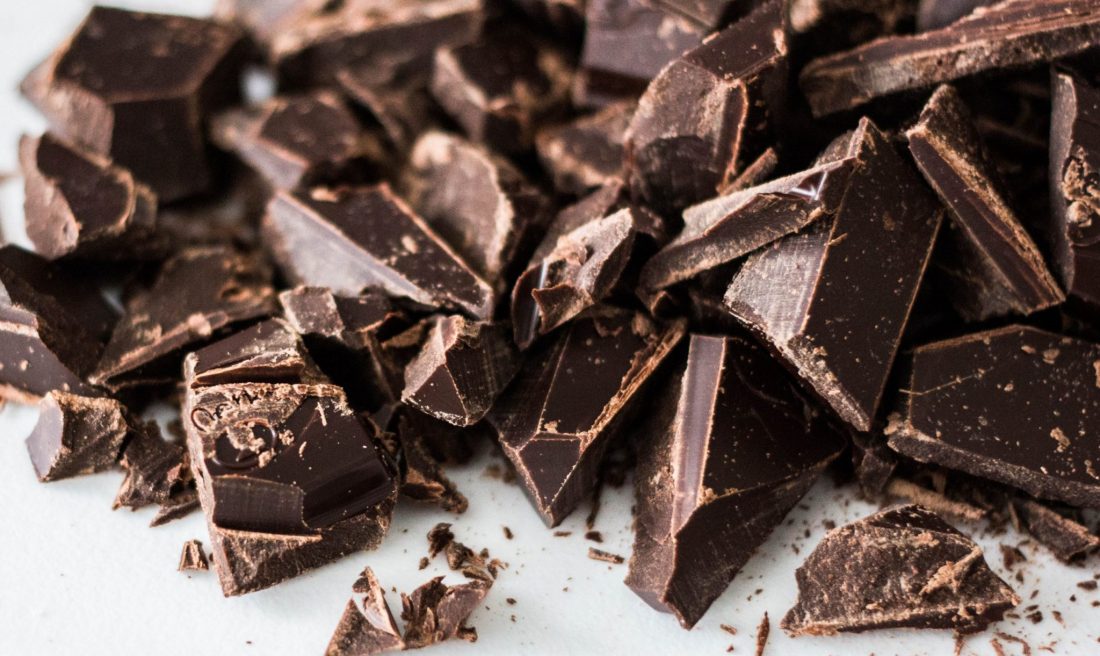 Well, Captain Obvious, who doesn’t love a tropical getaway? What might surprise you, though, is that you tend to be happier overall if you take multiple short trips, rather than save up your travel funds for one long dream vacation. That’s because looking forward to our breaks is a key part of what brings us pleasure. The more trips we take, the more pre-trip bliss we get to enjoy. According to Expedia.ca’s Vacation Deprivation survey, almost 31 million vacation days go unused by working Canadians each year, and over a fourth of Canadians allow a year to go by without taking a break. If you’re one of them, do yourself a favour and get on a plane. (Tip: don’t bring work with you!)

The longitudinal Harvard Study of Adult Development, which has been following a group of former university students since 1938, has resulted in a few key pieces of advice for leading happier lives. One of them: If someone has wronged you, move on. Stop dwelling on the past, and pay more attention instead to the positives in your life right now.

If you’re buying something you think will make you happy, keep your goals broad. Researchers at the University of Minnesota surveyed people who’d made a recent purchase or gone on a vacation they thought would bring them joy. While they all started out pretty thrilled with what they’d paid for, respondents who’d had more specific goals — they hoped it would help them relax more, or they expected it would bring them excitement — were not as jubilant, six weeks later, as those who’d stuck to very a general goal of increased happiness.

According to Statistics Canada, a third of Canadian adults are getting less than seven hours of sleep a night, less than the recommended seven to eight hours (seven to nine for seniors). Yet just by getting enough sleep, you can heighten your happiness. Sleep deprivation leaves us feeling stressed and in a funk. It also lowers our work performance and leads to more relationship conflicts, neither of which is going to do much for a positive mood.

8. Tune in to nature

Stop and smell the roses … or watch the birds, or listen to a babbling brook. In a research study at the University of British Columbia, people who paid attention to nature in their surroundings and logging how it made them feel reported much more positive responses (like “joyful,” “peaceful” and “hopeful”) compared to those who tried doing the same thing with human-made objects.

9. Outsource your chores (if you can afford it)

People get pleasure out of their purchases when it buys them time, according to a Harvard University study. In the analysis, people who paid others to do their household cleaning or shopping instead of taking on those tasks themselves tended to score higher in life satisfaction, feeling less time pressure and reporting more positive daily moods.

Researchers in Iowa State University’s psychology department asked a group of students to spend 12 minutes walking around a building, mentally wishing happiness for every person they passed. Compared to control groups, the students who tried this exercise were in better spirits afterwards, and less anxious.

11. Put away your phone at mealtime

A study at the University of British Columbia’s department of psychology found that people who went out for restaurant meals with friends or family enjoyed themselves more if their phones were out of sight, not left on the table. The same holds true for other face-to-face interactions.

Exercise is well established as a mood enhancer. For instance, research published in The Lancet last year revealed that, on average, people who exercise have 18 fewer grumpy days a year than couch potatoes. But we’re constantly learning more about how and why physical activity makes us merry. Scientists know, for instance, that even small bursts of activity can elevate your mood. As per the Journal of Happiness Studies, physical activity that involves socializing, like team sports, can provide even more of a positive lift.

Making a charitable donation can make you feel fantastic. That’s according to the World Happiness Report, an annual survey of thousands of people in more than 150 countries around the globe. In fact, giving money to those in need fires up the reward centres in your brain. Your well-being is most likely to benefit if three specific conditions are met: you don’t feel coerced into donating, you feel a connection to the individuals you’re donating to, and you can see for yourself how you’re helping.

It’s called afterglow for a reason. Researchers at George Mason University in Virginia found that people reported better moods if they’d had sex the day before. (This jump for joy only appeared to last a day, so if you truly want more rapture throughout 2020, you might want to stock up on candles and lingerie.) Furthermore, the quality of sex mattered — the happiness effect was tied to encounters that were considered highly pleasurable, and those individuals who experienced more sexual intimacy had longer-lasting boosts in well-being. This is consistent with earlier findings from psychologists at the University of Toronto, who reported that a high degree of affection between sexual partners had a more significant impact on mental well-being.

A survey at Dalhousie University found that close to 40 per cent of Canadians eat lunch at their desks. But cramming down a sandwich while sitting in your cubicle isn’t good for your health or your happiness. When you take a break and a move around or eat with others, it results in less sitting, lower stress levels and more socializing. The U.S.-based public opinion group KRC Research has even linked regular lunch breaks to greater job satisfaction.

16. Put solitude on your schedule

There’s a difference between loneliness — which is indisputably associated with unhappiness — and simply being alone. Quality time by yourself, known as positive solitude, increases feelings of freedom and serenity and enhances creativity. Go for a walk alone, visit an art gallery or spend time on a hobby you truly enjoy.

The Harvard Study of Adult Development reveals that close friendships are strongly linked to happiness, as we get older. Pick a pal with whom you enjoy spending time and deepen the friendship by sharing a meal or a movie.

Mounting evidence has shown that when our mouths are healthier, our moods are happier. There’s probably more than one mechanism at work — oral bacteria may be making an impact through the gut-brain connection, for example — but we can all agree that being more comfortable with your smile and having a positive self-image is bound to make life a lot more fun.

Brain imaging at McGill University’s Montreal Neurological Institute has shown that listening to music enhances the release of dopamine. That’s the same chemical triggered by good food and great sex. Some specific pieces of music that most frequently trigger feelings of pleasure in listeners include Beethoven’s “Für Elise,” Tchaikovsky’s “Dance of the Sugar Plum Fairy” and the fourth movement from Dvorak’s New World Symphony No. 9.

A joint University of Toronto-Rutgers University paper published in the Psychonomic Bulletin & Review last year suggests that when we pour time and energy into the pursuit of happiness, we often end up less joyful — and much more pressed for time. The secret: stop obsessing.

Valerie Bertinelli cooks 7 healthy, low-carb recipes for every night of the week
Today Show
Exhale: 4 Ways to Make Your Birthday Sparkle
Upgrade Your Tailgate Menu with These 14 Recipes
Exhale: 100 Reasons To Feel Thankful During #GratitudeMonth
Building Friendships After 50
Previous
Next