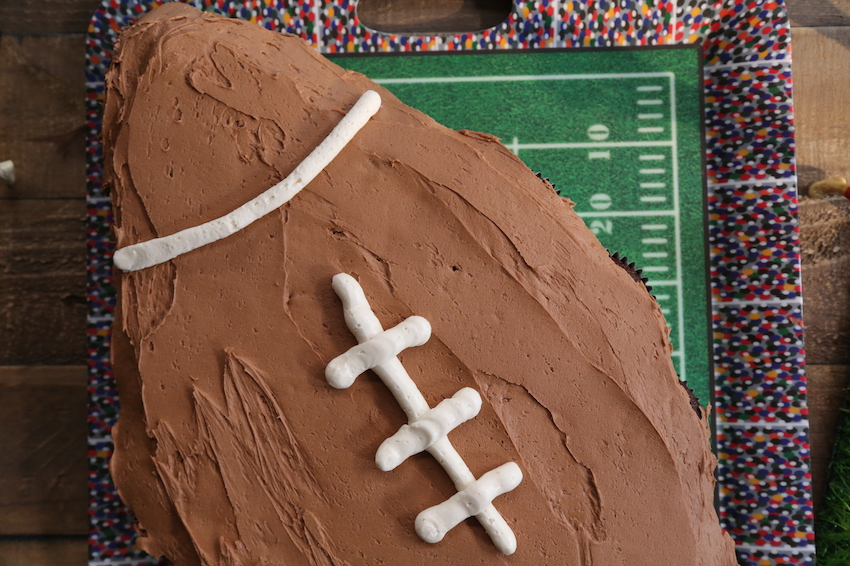 3. Divide the batter among the cupcake liners and bake until a wooden toothpick inserted into the center of a cupcake comes out clean, 18 to 20 minutes. Cool the cupcakes in the tins for 5 minutes, then remove and cool completely on a wire rack.

Frosting
4. Dissolve the coffee in 1 tablespoon hot water in a small bowl; set aside.

5. Beat the butter in the bowl of a stand mixer fitted with the paddle attachment until creamy. Gradually add the confectioners’ sugar and beat until incorporated. Beat in the vanilla. Add 1/4 cup of the milk and beat to incorporate. Add more milk, a tablespoon at a time, until the frosting is a creamy piping consistency. Remove a rounded cup of the frosting and put it in a piping bag fitted with a plain 1/2-inch tip.
6. Add the cocoa powder and dissolved coffee to the mixing bowl and beat until well mixed. Add a little more milk as necessary to return the frosting to a creamy texture.
7. On a very large platter or a cutting board, arrange the cupcakes into the shape of a football. When you have a shape you like, spoon a very small amount of frosting onto the bottom of each cupcake and put them back onto the platter to help them stick to it slightly. Spoon the mocha frosting over the cupcakes, then use an offset spatula to smooth it over the top, allowing the frosting to cover the small gaps between the cupcakes. Use the white frosting to pipe the football’s laces and the white markings on either end of the ball. Scatter the green candies around the platter, if using.

a piping bag fitted with a plain 1/2-inch tip