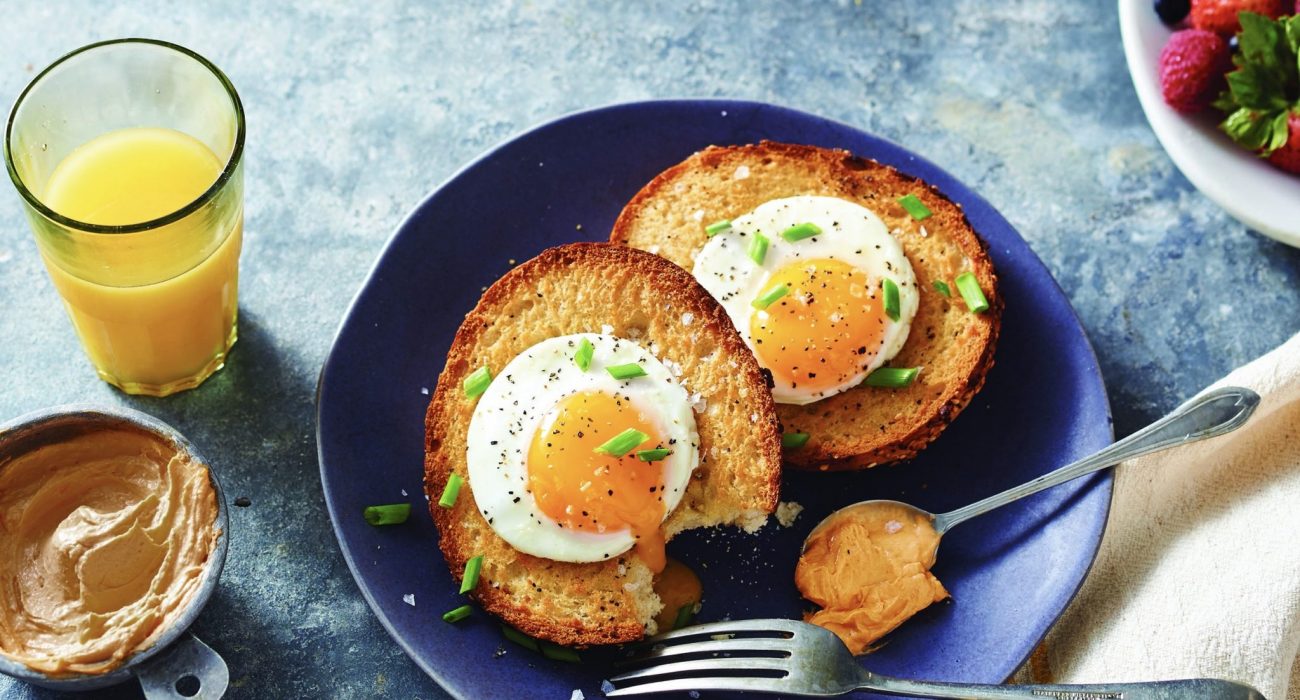 I like a hearty breakfast with great flavors. Some days my body craves a substantial meal in the morning, and this is a simple, straightforward way to satisfy that need. I used to cut a hole in a slice of toast and fry an egg in the middle for my son when he was a little boy. He loved them. Bagels already have the hole in the middle so it’s even easier—and I love that. This is a typical bagel and egg until you add the Sriracha sauce, a hot sauce made from peppers, garlic, vinegar, salt, and sugar. For some reason, it goes with everything, and especially this dish. The cheese and honey mixed together, then splashed with Sriracha deliver a morning oomph that makes this seemingly ordinary dish quite extraordinary.

1. Beat the cheese, Sriracha, and honey in a medium bowl with an electric mixer at high speed until light and fluffy, about 1 minute. Set aside.

2. Using a 21/2-inch round cutter, cut out the center of the bagel to create a larger hole.

3. Melt the butter in a large nonstick skillet over medium. Add the bagel halves, cut sides down; cook until very lightly browned, about 1 minute. Turn the bagel halves, and break 1 egg into each bagel hole. Cover and cook until the bagel is browned, the egg whites are set, and the yolks are runny, 3 to 5 minutes. Transfer to a plate.

Prepare the egg any way you like best— fried, over-easy, even scrambled. I prefer mine fried, with the yoke a little runny. I salt and pepper and flip the egg when it’s sturdy. I like the seasoning to infuse the egg, but I leave it turned over only for less than a minute.

The cream cheese can hold for up to a week in the fridge so make a bigger batch and spread it on anything else you might like!