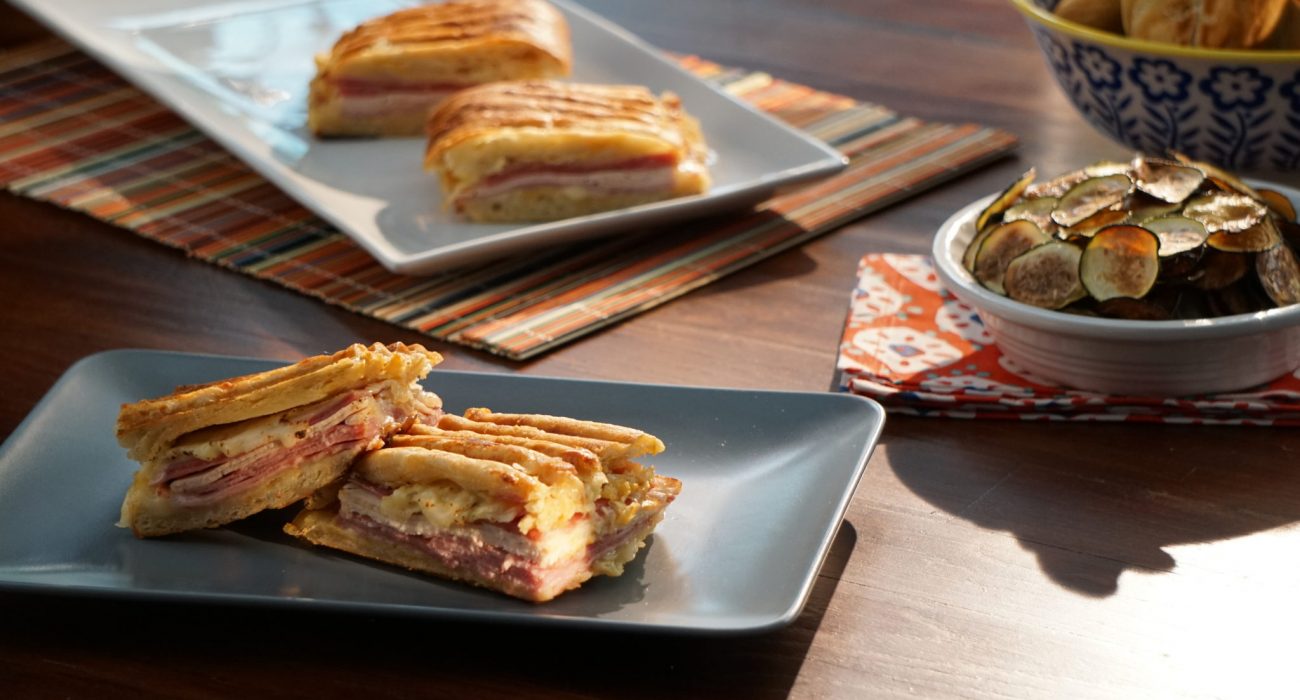 2. Spread some of the butter on top of the loaf, then carefully flip over and butter the bottom. Slice into the desired number of sandwiches

3. Heat a large two-burner grill pan over medium heat, or heat a panini maker. Add the sandwiches to the pan and cook, pressing down with a spatula, until the undersides are golden brown, 3 to 4 minutes (see Cook’s Note). Turn the sandwiches and continue to cook, pressing, until golden brown on the reverse side and the cheese is melted, another 3 to 4 minutes. Transfer the panini to a cutting board and slice in half. Serve immediately.

A two-burner grill pan or a panini maker

If using a panini press, there is no need to flip the sandwich. Just cook for about 5 minutes until the bread is toasted and the cheese is melted.