Roasted Shrimp and Peppers with Chimichurri 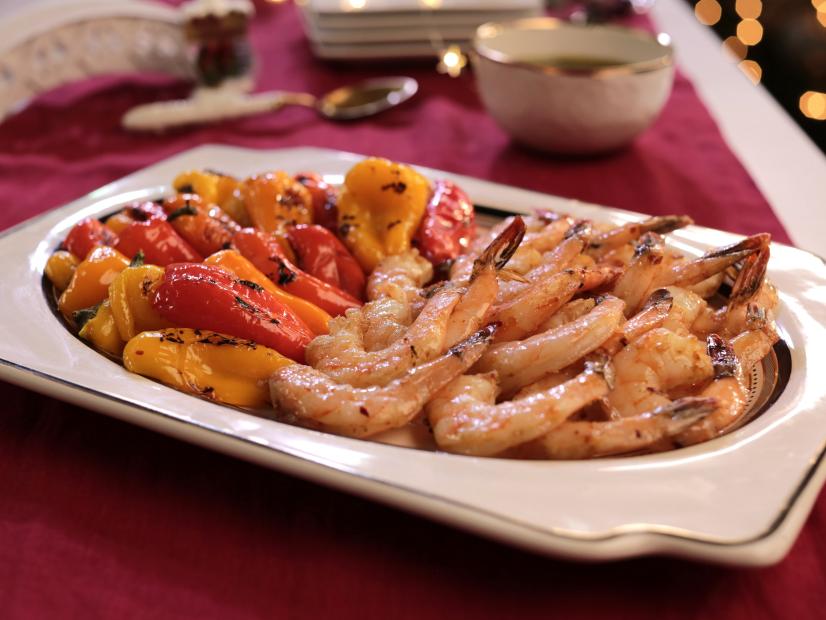 Chimichurri
1. Stir together the parsley, oil, vinegar, oregano, red pepper flakes, shallots, garlic and 1/2 teaspoon salt in a bowl. Transfer to a serving bowl and set aside.

4. Add the peppers to the serving plate and serve with the chimichurri.

THIS RECIPE HAS A VIDEO
PROVIDED BY THE FOOD NETWORK