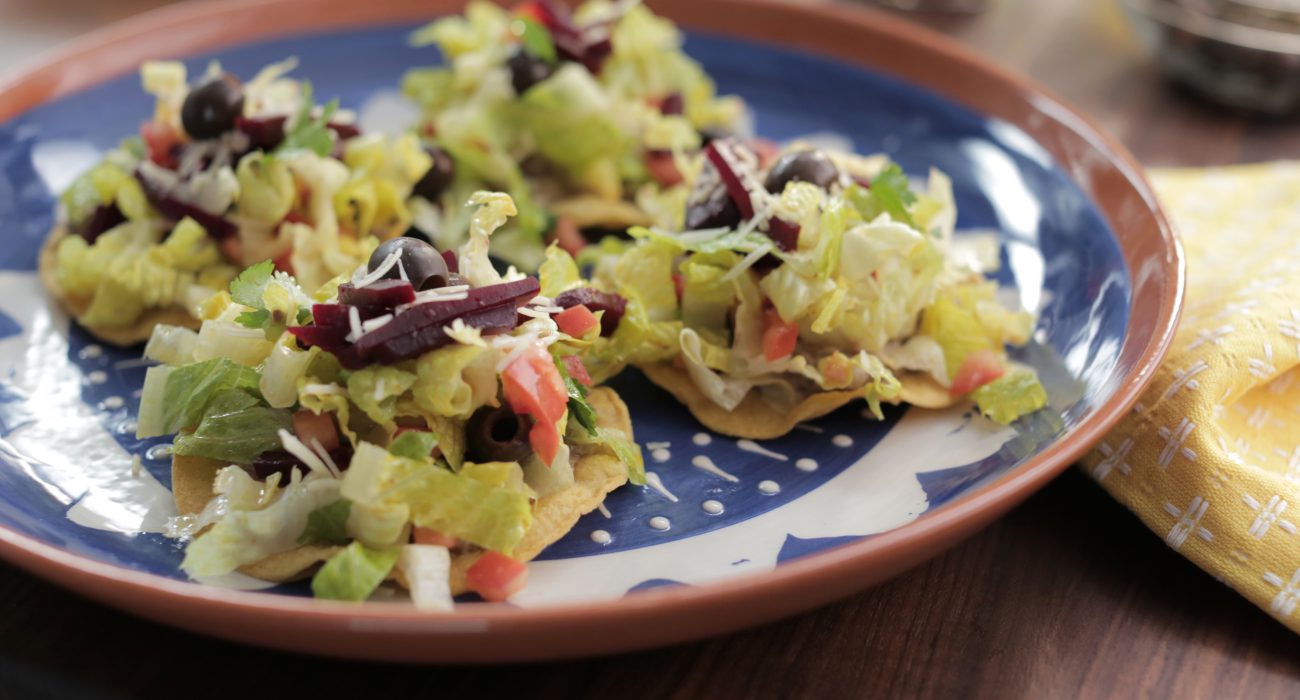 1. Preheat the oven to 400 degrees F. Line a 1/2 sheet tray with foil. Add the tomatoes, poblano, yellow onion and garlic cloves to the sheet tray and coat with canola oil and a sprinkle of salt. Roast in the oven for 15 minutes. After 15 minutes remove the garlic, flip the poblano over and continue to roast the vegetables another 15 minutes. Remove from the oven when the poblano and yellow onion are charred and the tomatoes are soft and the skins are beginning to split. Let cool at least 20 minutes. Peel away the garlic skin and discard. Then remove the skin and stem from the poblano. For a mild sauce you can also remove the poblano seeds.

3. In a food processor combine the roasted vegetables, cilantro, ground cumin, ground coriander, salt, and red wine vinegar and process until the mixture is evenly combined but still has some texture, similar to crushed canned tomatoes. Pour the mixture into a large saucepot and mix in the tomato puree and chicken stock. Bring to a boil and cook 2-3 minutes just to combine the flavors. Remove from heat and season with salt to taste.

4. Place shredded chicken in a bowl and mix in 2 cups of the enchilada sauce, let the chicken marinate for at least 20 minutes. Taste the chicken and season with salt if needed.

5. Wrap the corn tortillas in foil and place in the oven for 10-15 minutes until softened.

THIS RECIPE HAS A VIDEO
PROVIDED BY THE FOOD NETWORK